Movies in the Park in Long Beach 2022 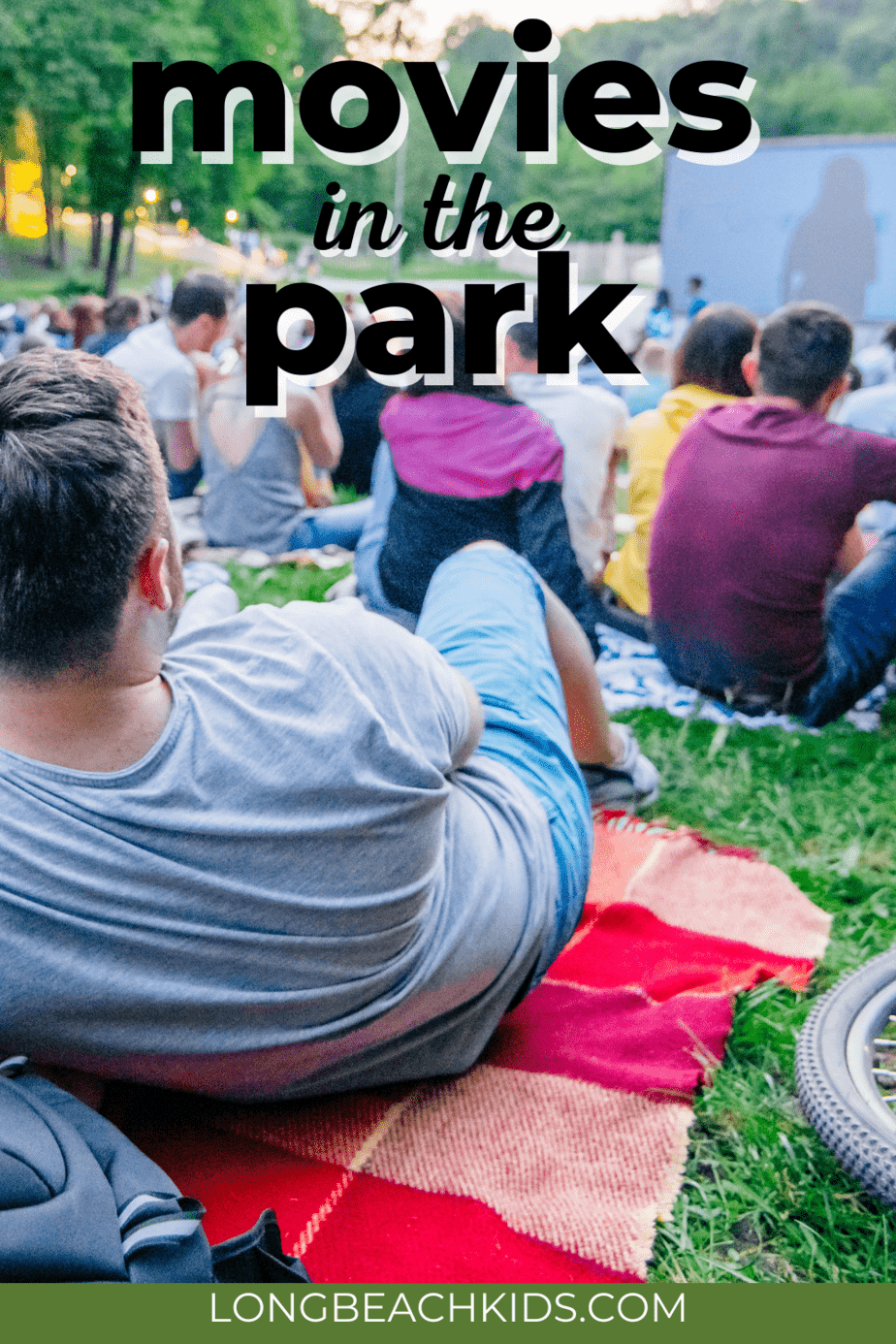 Summer Movies in the Park are back! Check out this list of places to watch movies in the park in Long Beach and the surrounding areas for cheap family fun every week, all summer long!

One of our favorite family traditions each summer is to walk to our local park to watch a movie.

Long Beach goes all out with their Movies in the Park program. They bring in a GIANT inflatable screen, free popcorn, and often a couple of vendors to show family friendly movies three times a week, EVERY week, all summer long!

Not only does the City of Long Beach come correct with their summer movie in the park offerings, but several neighboring cities and local organizations do, too.

So if you’re looking for movies in the park (or on the beach!) this summer, we’ve got the complete list of where to find them (and how to watch them!)

This post contains affiliate links. As Amazon Associates, we earn from qualifying purchases. You can read more at our disclosures page. Thanks!

Tips for Summer Movies in the Park in Long Beach

We’ve actually never had a bad experience with summer movies in the park here in Long Beach. They’re pretty no fuss and low stress, as far as movies go!

But there are a few things you should keep in mind-

City of Long Beach Summer Movies in the Park

Our favorite, easiest offering of the summer: the Movies in the Park run by the City of Long Beach.

These movies run three days a week all summer long. The same movie plays all week long, but at three different locations.

These movies are free, generally include free popcorn, and pre-Covid, had entertainment for the kids beforehand (fun stuff like bouncers and obstacle courses). The summer of 2021 saw a return of the movies, but not of the kids’ entertainment beforehand. We’ll see what this summer brings!

Here is the Movies in the Park schedule for the City of Long Beach:

Moonlight Movies on the Beach (& Beyond!)

Moonlight Movies on the Beach are back this year, and they’re moving beyond the beach!

This year, movies will be shown on the beach or at either of the Long Beach City College Campuses. This will bring movies closer to many neighborhoods, and improve accessibility for many.

Bring a little money for vendors, and get there early for the best parking and seating.

Movies start at dusk (around 8 pm)

Los Alamitos Movies in the Park

Los Alamitos typically puts out a nice summer showing, both in Movies in the Park and Summer Concerts.

Full details haven’t been released yet, but we’ll update here as soon as they are!

Carson Movies in the Park

Carson brings classic movies to Mills Park for six Fridays in June and July. Movies start at dusk, and donations are suggested.

Bring a lawn chair or blanket, and BYO Snacks.

Summer Movies in the Park in Long Beach (and beyond) are a wonderful way to have some cheap family fun this summer. And with LOTS to choose from, it could quickly become a part of your regular rotation.

Do you know of any movies in the park that we’ve missed? Let us know in the comments and we’ll add them to the list!

We are a participant in the Amazon Services LLC Associates Program, an affiliate advertising program designed to provide a means for us to earn fees by linking to Amazon.com and affiliated sites.